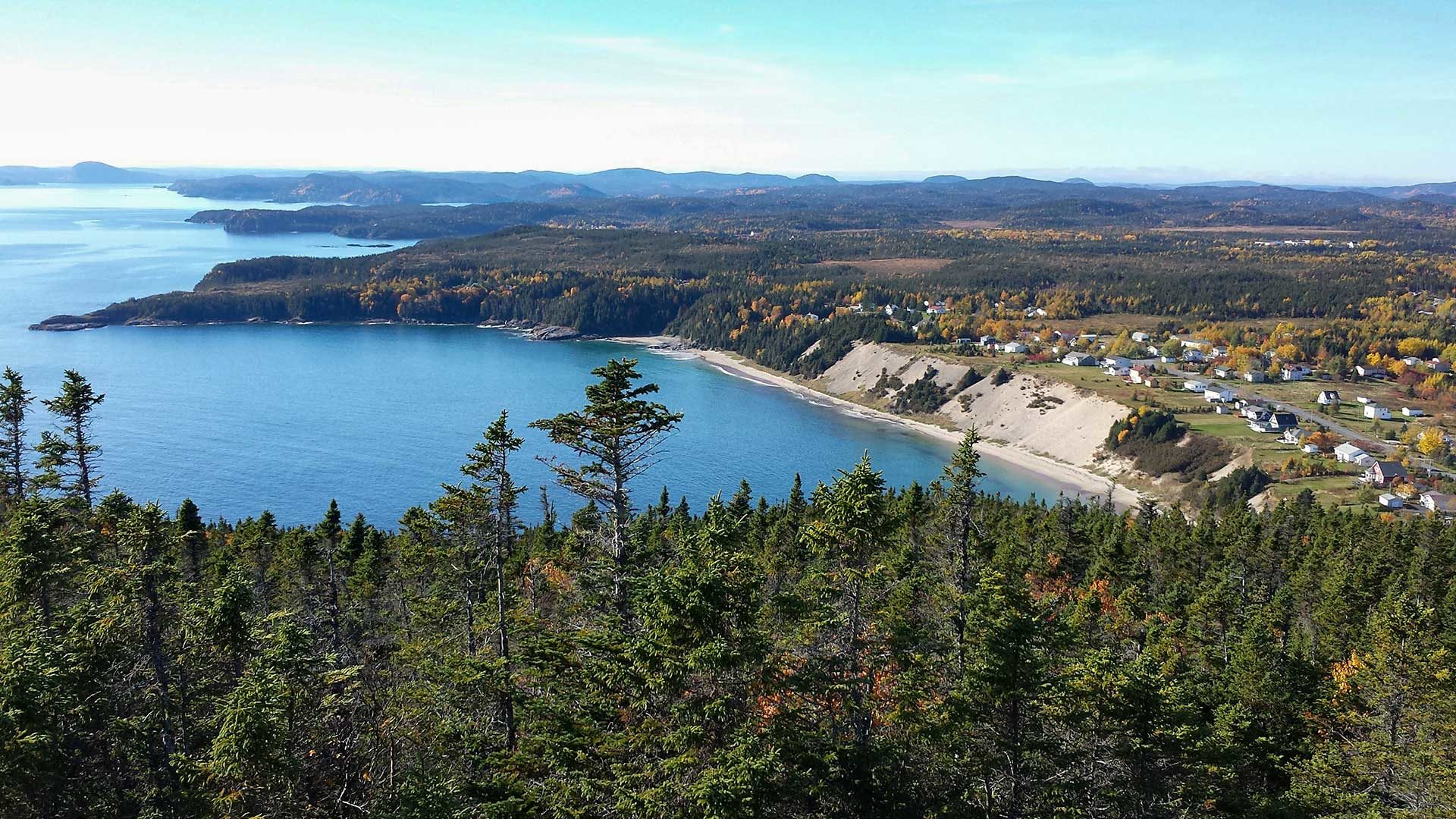 As far back as the 1800s, “Damn the Bell” (Damnable) has been etched in the vernacular of the Eastport Peninsula.

Many of the trails in the Damnable Trail network are not new. Most of them evolved from old trails and footpaths that had linked communities for several generations. Parts of the new Coastal Ridge Trail incorporate sections of what had been the “Old Trail” between Sandy Cove and Salvage but has been extensively rerouted to provide a coastal experience. The Salvage Trails have been in existence for more than 2 decades but have been upgraded and extended throughout the entire heritage community.

In 2015, the TerraNovas Tourism Association (operating as the Road to the Beaches Tourism Association), with the support of the Atlantic Canada Opportunities Agency (ACOA), the provincial Department of Tourism, Industry and Innovation (TCII) and local communities both on and around the Eastport Peninsula, embarked on a project to restore the existing trail system and build on this network of trails by rerouting trails based on the existing topography and new trail building philosophies. The project decided to take a more regional approach and incorporate many of the existing community trails and establish a partnership with Terra Nova National Park to position the area as a hiking destination.

The History behind the name “Damnable”

As far back as the 1800s, “Damn the Bell” (Damnable) has been etched in the vernacular of the Eastport Peninsula. Whether it’s a pirate who accidentally hits a bell notifying the British of their hideout or a sailor trying to navigate through treacherous shores, “Damnable” describes the perseverance of the people who live here – a resilient determination to face any obstacle with your head held high.

Sorry, your submission has some errors that need to be corrected before you may continue.